The full name is Sophos Anti-Virus For Mac Home Edition and this is an antivirus utility from Sophos who also supplies business strength solutions and represents that they are including the same function in this free version. This is a review of my personal experience installing and using the software so you can decide whether it may work well for you. 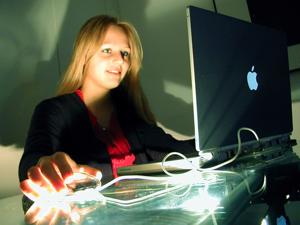 Here are some reasons why you might want to consider installing antivirus software on the Mac. When Apple had the classic operating system, I always used antivirus just to be on the safe side. Even though I have always kept a complete backup and updated every day, an infection could be copied onto the backup all too easily. In those days it was Norton Antivirus, and even though I always updated the definitions there was never an issue.

With in the introduction of Mac OSX the character of the operating system changed because it was based on UNIX programming which is very stable and requires an administrator password to change core functions. For this reason it seemed unnecessary to use an antivirus program on modern Mac computers as long as one was careful not to open hoaxes in email or online.

Now that Apple has gained such huge size and recognition, new threats are beginning to appear. The Flashback Mac Trojan malware used a false Flash update installer and then evolved to exploit a flaw in the Java programming language. Apple released an update through the automatic software update to handle this but 600,000 machines had been infected. After the removal patch that number dropped very quickly. Still, it now could be possible to be at risk just by visiting a site online that is completely legitimate but has been compromised by hackers.

You  can use a utility called Little Snitch that acts like a firewall for outgoing connections. The Mac Flashback Trojan “virus” checked and would not install on machines with LS already in place, because if the malicious program attempted to send passwords to a remote site it would be detected. Even so, it seemed wise to investigate using an antivirus program on the Mac, and CNET MacFixit which is very good at keeping users informed about the latest news, recommended installing such a program.

I had tried ESET Cybersecurity for Mac when it first came out and it put my computer in an endless loop and drove the processors up to maximum 100% as shown on the free utility Menu Meters, and the temperature began to climb so I uninstalled ESET. Newer versions may have improved, so you could use their free 30 day trial. ESET did find some Windows malware in suspicious emails that I had forwarded to authorities but neglected to delete from my SENT mail folder. Sophos ran the processors at 65-72 deg. C during a full scan, which is normal.

So far Sophos antivirus for Mac has been perfect. It is easy to install, and even better, also easy to remove if needed. Before I installed ESET I read the forum posts for Sophos and there seemed to be some complaints, but a new version has now been released and the overall reports looked good.

I have found the processor use minimal and the scanning speed quick. The program automatically checks and downloads updated virus definitions hourly. A full disc scan of my 250GB hard drive took under two hours, for approximately 700,000 files. A menu bar icon shows status so you can instantly see your Mac is protected, and when definitions are being downloaded or a scan is in process. I’m glad to discover it has a fairly light footprint and generally stays out of the way while maintaining a live scan on all new files and programs.

Overall Sophos antivirus for Mac Home Edition has preformed flawlessly. I have no connection with the developer.

Daniel Dreifus has been using Mac computers daily since 1996. He began with the Performa 475 using a 25 MHz processor, 4MB RAM and a 40 MB hard drive. There was no connection to the Internet yet. To see what Daniel is doing online today, go to Finding Inner Peace.

This entry was posted in Uncategorized and tagged Sophos Anti-Virus For Mac Review. Bookmark the permalink.

This site uses Akismet to reduce spam. Learn how your comment data is processed.